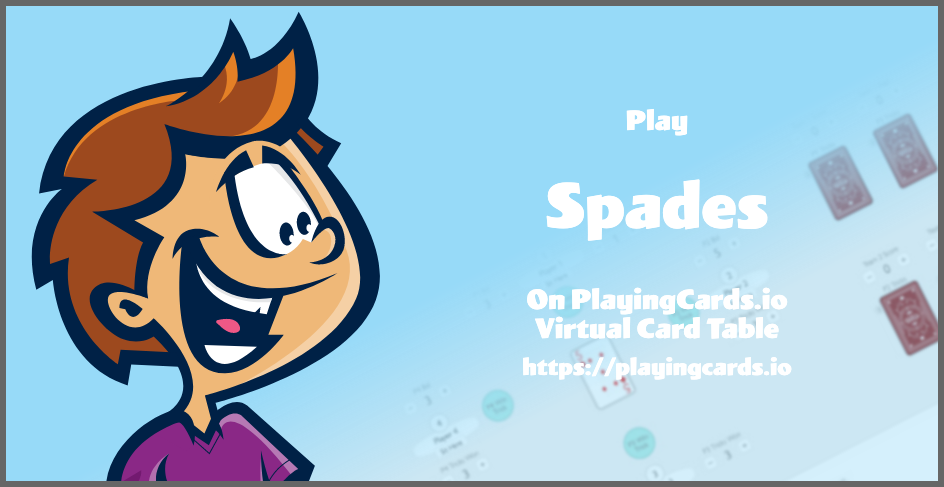 Can you guess how many tricks you'll win for your team?! Spades is a classic trick taking game with the twist of predicting your successes for points. It's a 4 player game traditionally played with two teams of 2 players each.

The first team to 500 or more points wins the game!