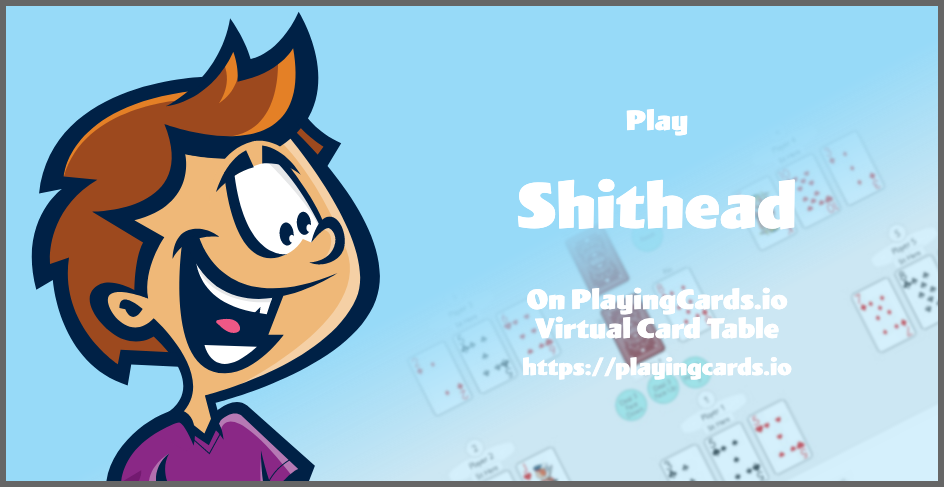 There's no winners in this game, only one loser! Shithead is a card shedding game for 2-5 players in which the last player with cards left in hand is the loser or the...Shithead.

There is no winning in Shithead, only one loser!