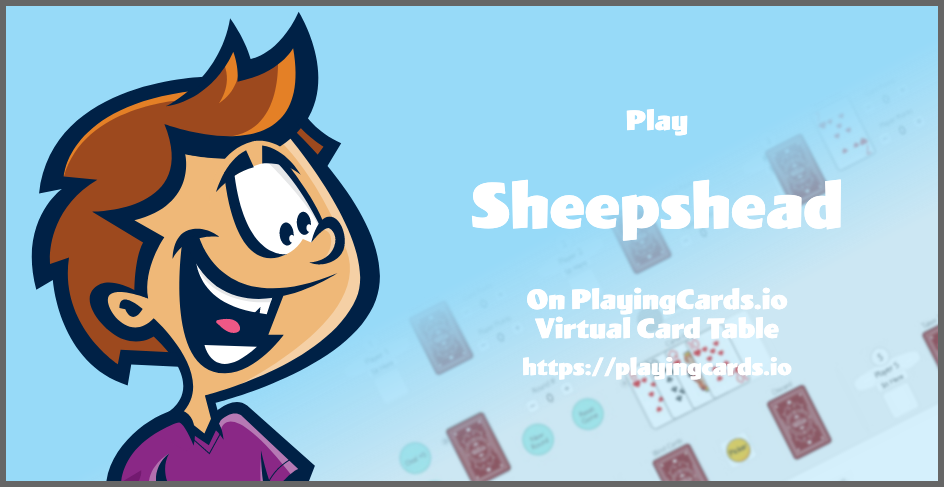 A trick-taking game where players take risks based on the strength of their hand, form temporary partnerships, and try to out-score the opposition.

Sheepshead is an American version of the German game known as Schafkopf.