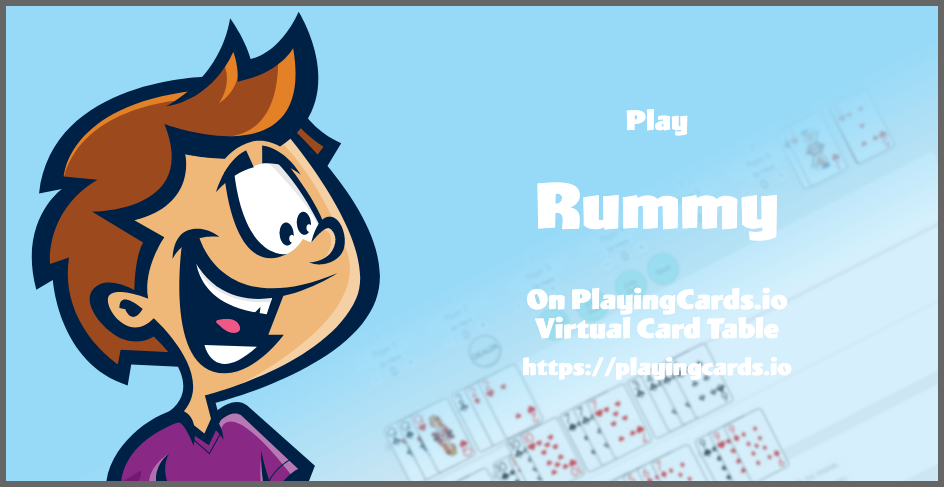 Be the first to get rid of your hand in the classic game of Rummy! Rummy is a card-shedding game for 2-6 players.

*There are many many variations of Rummy! If your group plays with different rules, feel free to implement them how you wish.

The first player to 150 points (or the agreed upon point goal) is the winner!