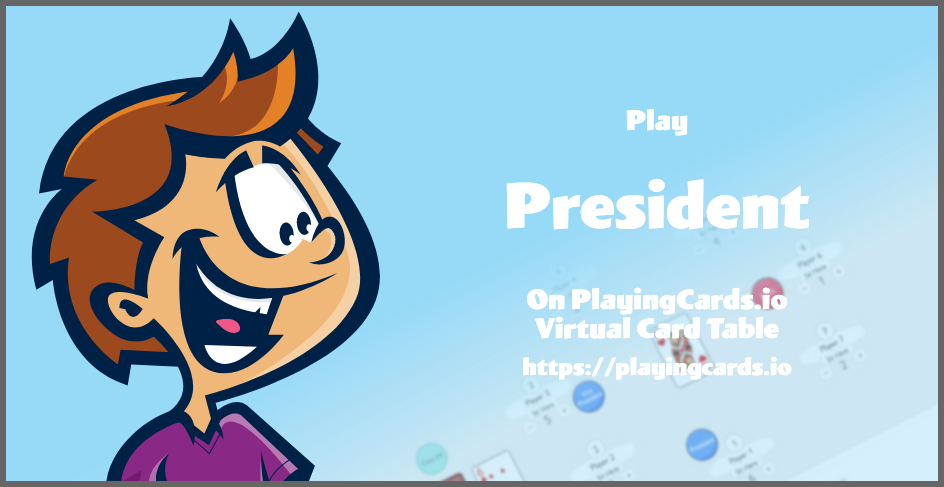 The first player to get rid of all cards in hand becomes PRESIDENT in this fast-paced card shedding game for 4-7 players. The last player with card(s) in hand is the SCUM so you'd better play quickly!

Starting a new round

The first player to get 11 points is the winner!