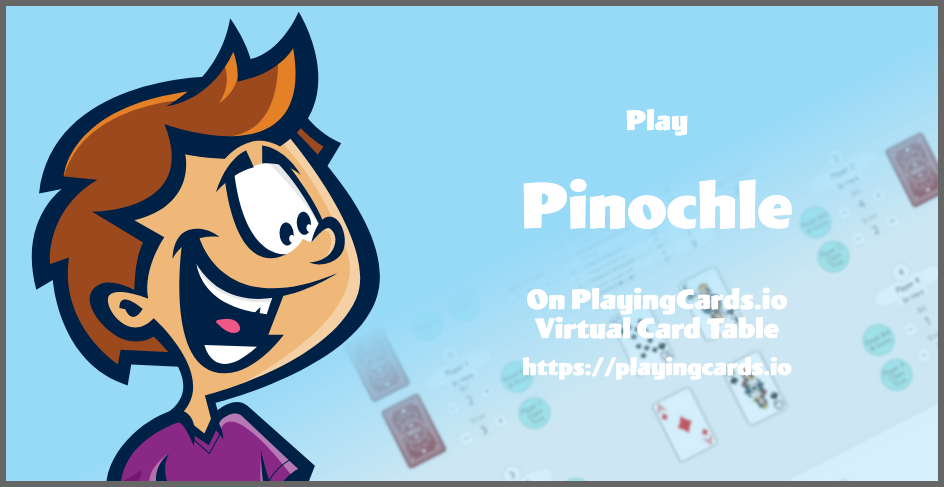 Bid, win tricks and outplay the other team in this strategic game for 4 players! Pinochle is a classic trick-taking game with unique auctions and scoring that set it apart from other trick-taking games. These rules are for the standard 4 player/2 team game.

The first team to 150 or more points wins the game!