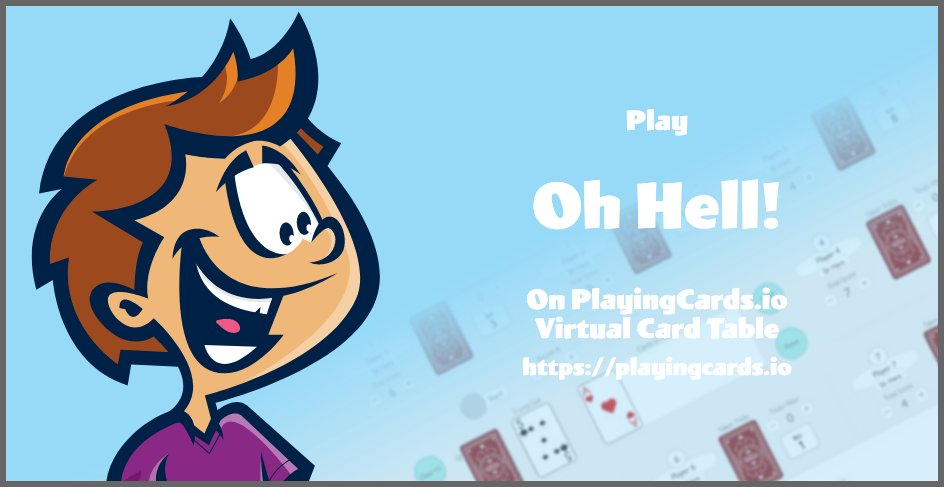 Oh Hell! is a fast-paced and easy to learn trick taking card game with countless variations and endless replayability. The rules are fairly simple, but because there's an element of prediction and bidding, games can take wild turns between rounds.

Oh Hell! is also known as Oh Well!, Blob, Blackout, and Up and Down the River.