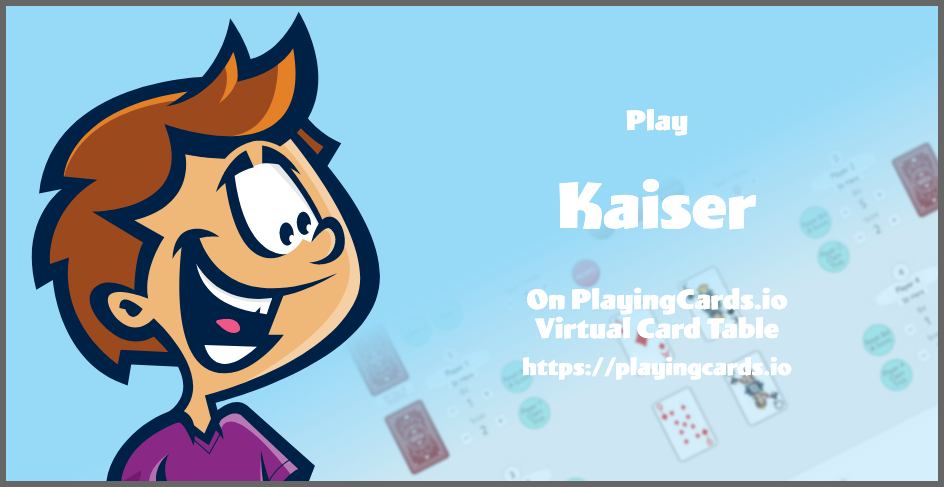 Partner up with a teammate and go head to head against another team in the classic 4 player Canadian trick-taking game, Kaiser!

The first team to 52 or more points wins the game!