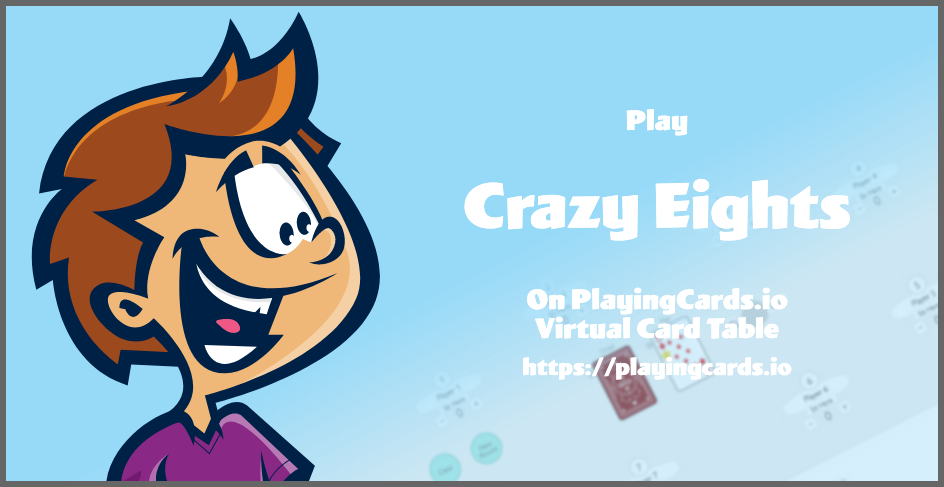 8's are wild in this classic card-shedding game for 2-8 players! Contrary to most games, in Crazy Eights, you want to have the lowest score possible.

When a player's score reaches 100+ points at the end of a round, the player with the lowest score wins!