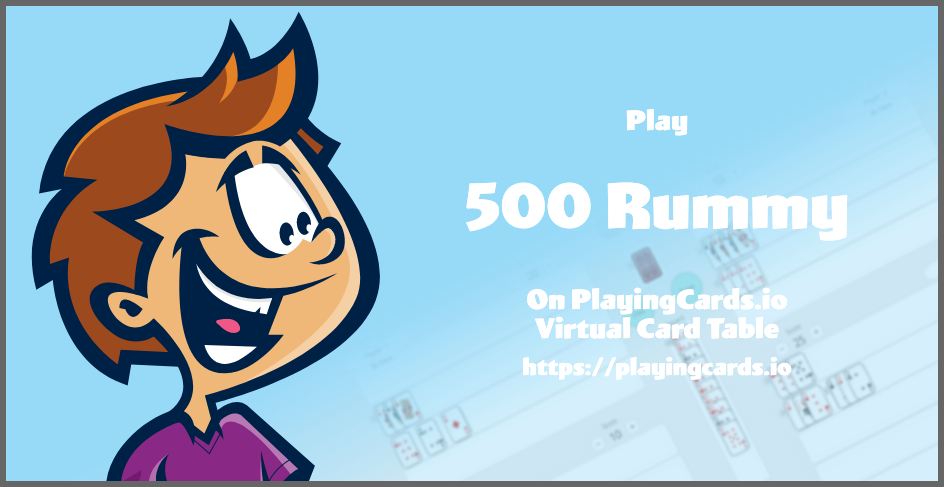 A fast-paced Rummy variant where players compete to be the first to empty their hands and reach 500 points. Don't rack up a negative score, and watch out for people calling "Rummy!" on your turn! Often called 500 Rum, Rummy 500, or Pinochle Rummy.