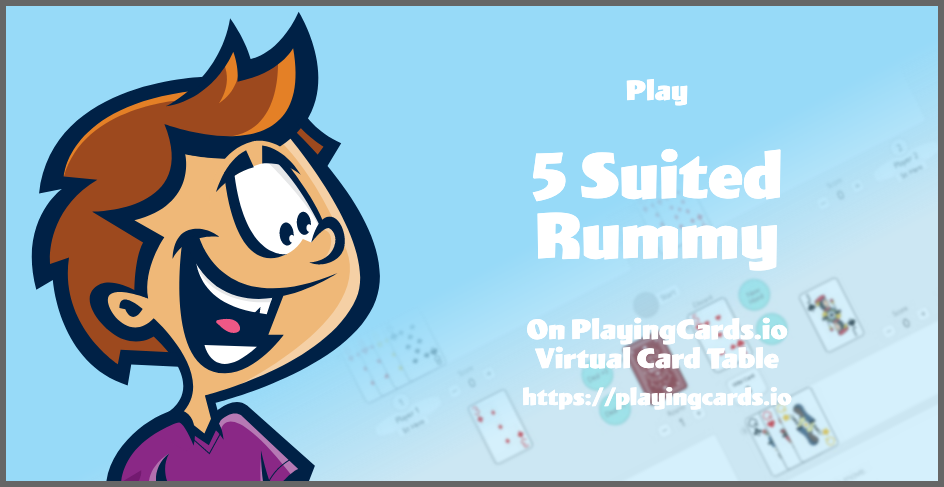 5 Suited Rummy is a fun and easy to learn discard-oriented game where players work to make melds and empty their hands as soon as possible.

The game has a lot in common with the rummy variant known as Three Thirteen (3-13). Also compare to Five Crowns™ card game by Cannei, LLC.