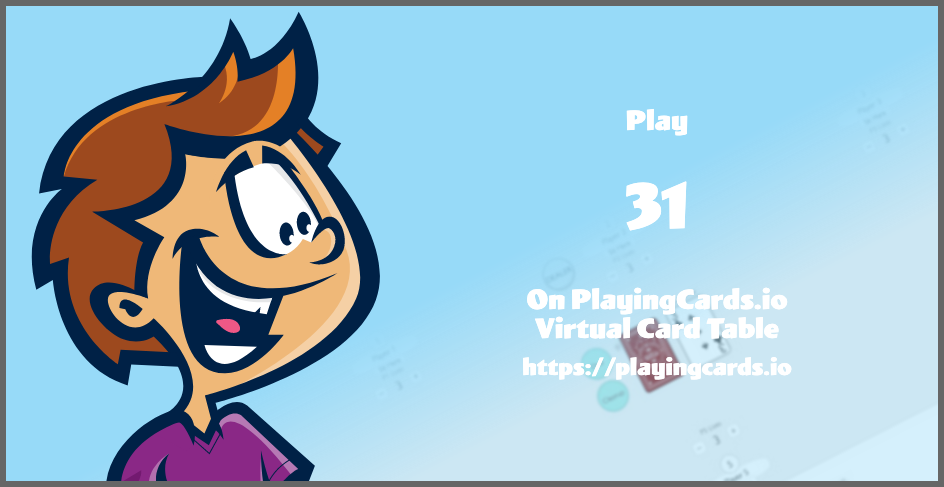 Get the value of your hand closer to 31 than your opponents! 31 is a tense hand management game for 2-6 players.

The last player remaining in the game wins!